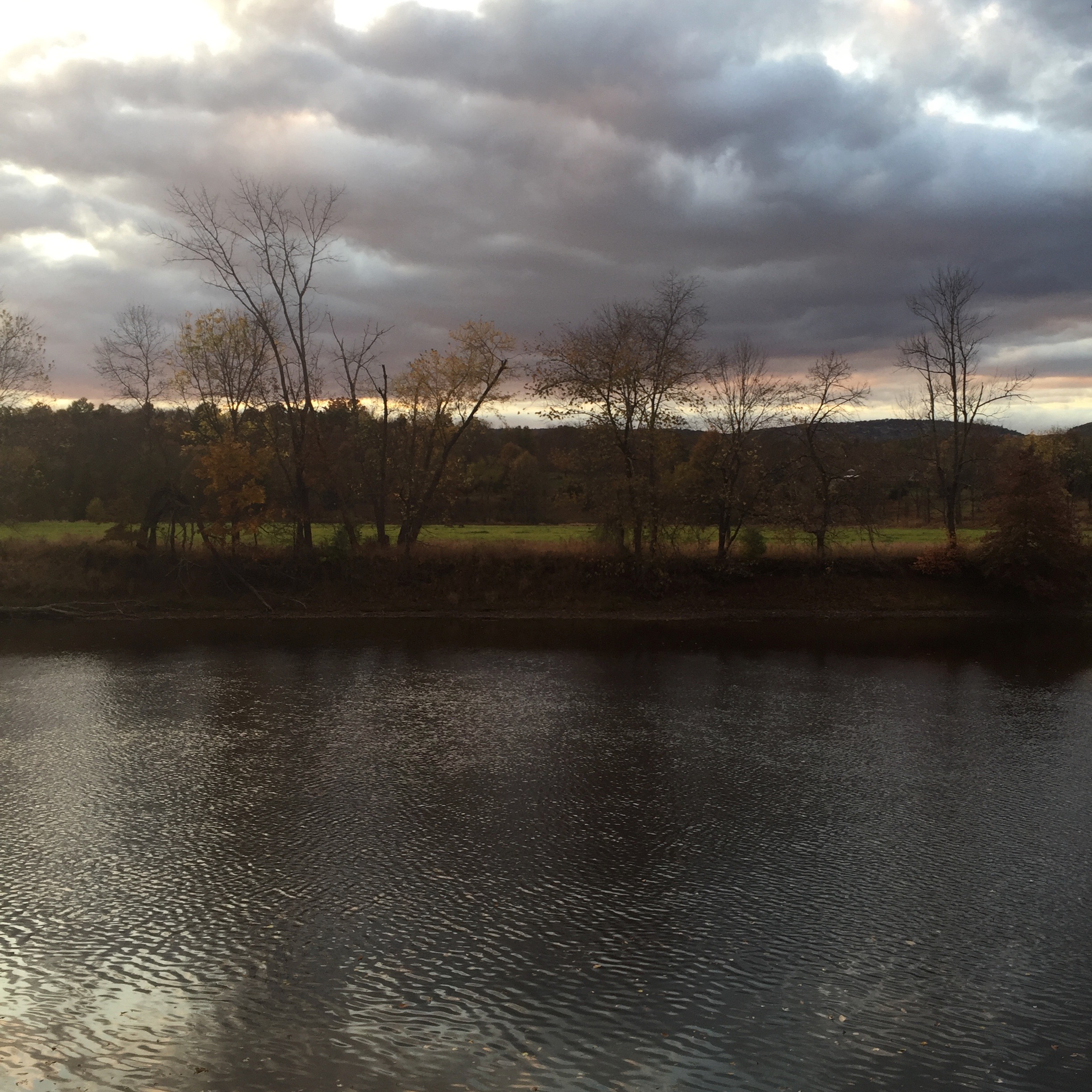 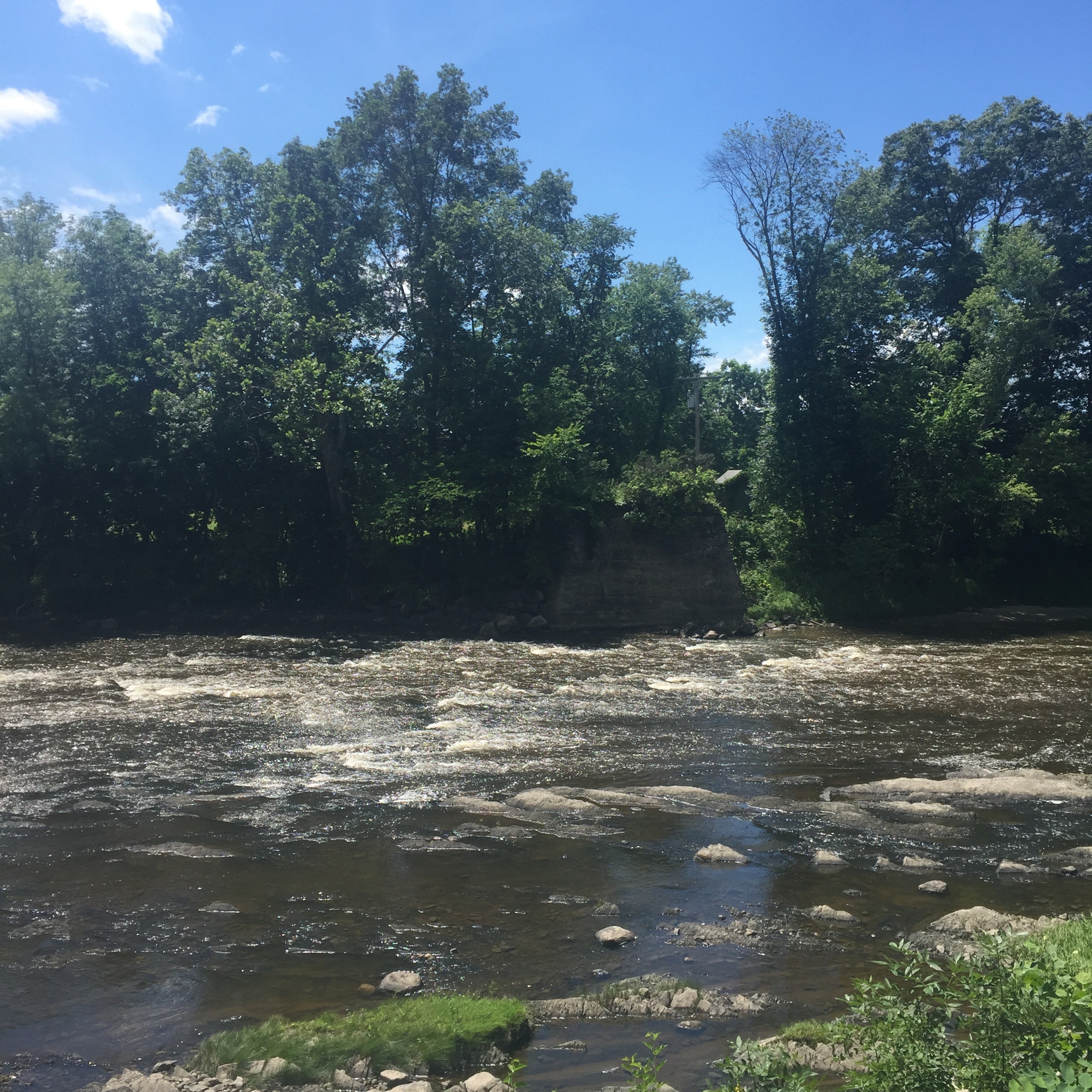 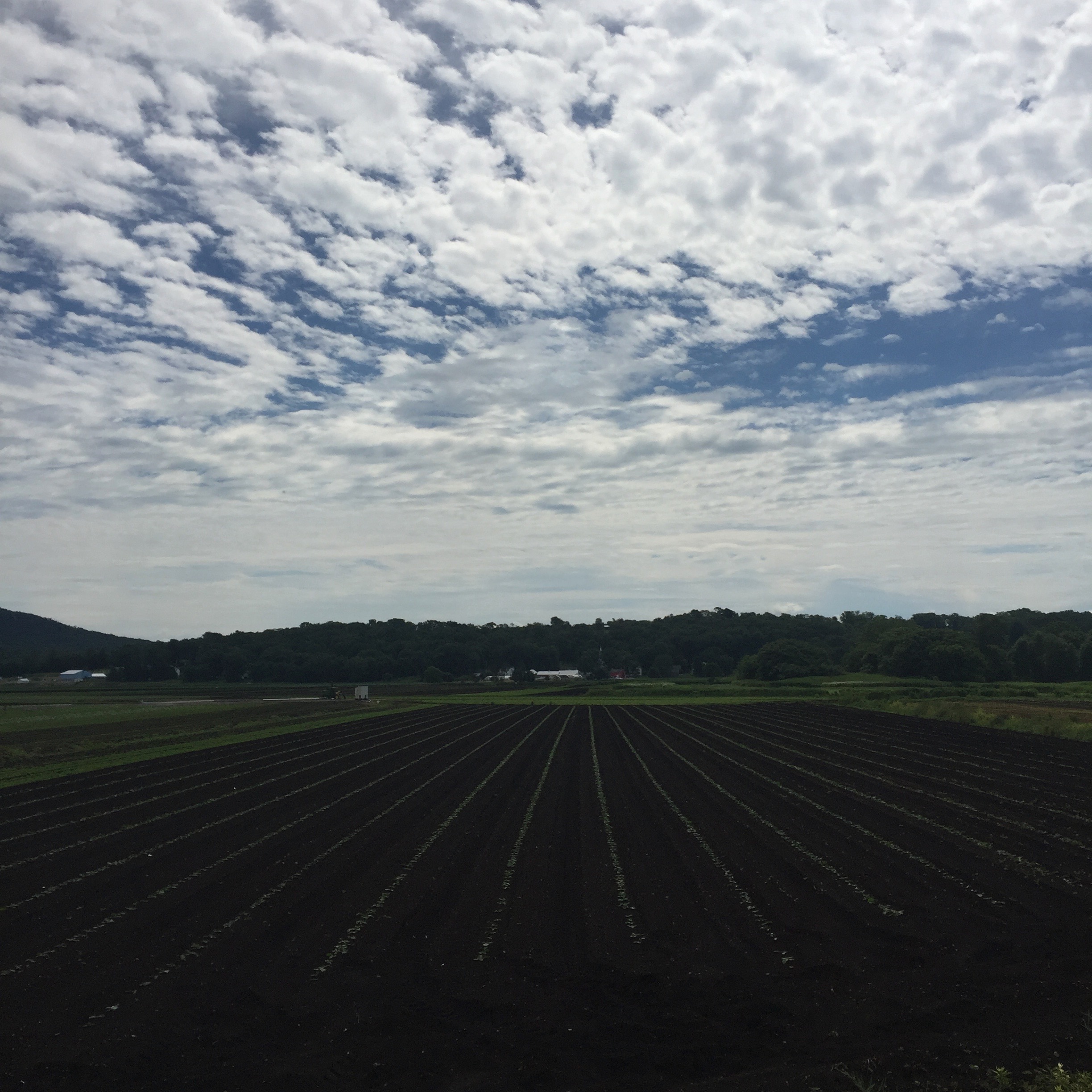 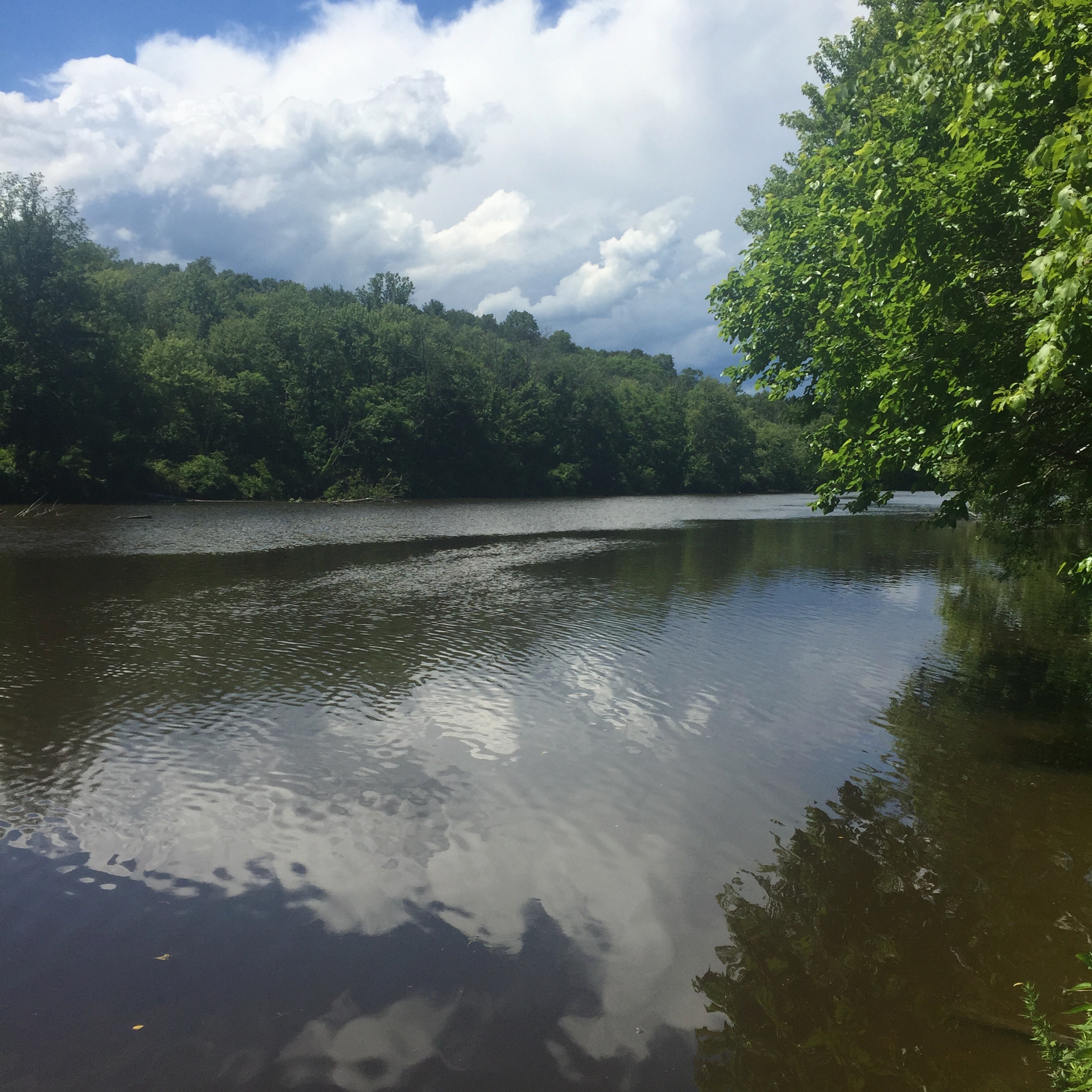 Dr. A.J. Smith of the DEC’s Stream Biomonitoring Unit wrote the following summary of the watershed for their 2017 “Enhanced Monitoring Study of the Wallkill River”:

The Wallkill River flows north approximately 90 miles from Lake Mohawk in Sparta, New Jersey until joining the Rondout Creek in Rifton, New York. Collectively the Wallkill and Rondout watersheds form the second largest tributary to the Hudson River Estuary, second only to the Mohawk River.

The Wallkill River watershed has a complicated pattern of land use. With areas of denser development (and one city) alongside undeveloped land and significant agricultural areas, the sources and solutions to water quality problems are complex as well.  According to GIS analysis undertaken by the Wallkill River Watershed Alliance, the watershed’s land use (including the New Jersey portion) is 60.3% undeveloped, 26.5% in active agriculture of some kind, and 13.2% urban/suburban development. The watershed includes both public and private wastewater treatment plants, and septic systems. There are 36 SPDES permitted discharges (23 of which are wastewater facilities) and roughly 600 mapped MS4 outfalls in the watershed.

On the Wallkill River’s main stem, there are dams at Montgomery, two at Walden, Wallkill, Rifton and Sturgeon Pool. In Orange County’s Black Dirt region, the Wallkill River main channel and tributaries have also undergone considerable modification over the last 200 years. There are also at least 16 public access points, and the Wallkill River is frequently used for boating and fishing.

New York State Department of Environmental Conservation (NYSDEC) routine water quality sampling in 2008 suggested water quality had declined in certain areas of the Wallkill River when compared with previous sampling in the 1990’s. In addition, more recent sampling in 2012 in the areas of New Paltz and Montgomery suggested impaired water quality and moderate impacts to aquatic life. These results confirm indications of water quality impairment in these areas by Orange County independent water quality monitoring programs. Results of these efforts indicate phosphorus enrichment in the watershed as the dominant pollutant.

The Wallkill River has experienced two years of documented Harmful Algae Blooms (HABS). In August 2015, a HAB in New Paltz was reported to NYSDEC, and confirmed by visual assessment. From August 24, 2016 through at least October 24, 2016, HABs affected as much as 30 miles of the river from Montgomery in Orange County to Sturgeon Pool at Rifton in Ulster County, and into the Rondout Creek downstream of the Wallkill’s confluence. Outlying blooms were also observed on August 15 in the Rifton area and on September 14 in the National Wildlife Refuge at NY-NJ state line. The bloom was confirmed with high toxins with visual and photographic evidence, microscopic analysis by scientists associated with the Wallkill River Watershed Alliance, and through both microscopic and toxin analysis by the SUNY College of Environmental Science and Forestry, in collaboration with the NYS Department of Environmental Conservation.

Recreational uses of the river were impacted by the HAB, with a private beach closed, a kayaking rental business that normally operates on the Wallkill suspending operations there, multiple public paddles canceled, and public signage posted by DEC warning against exposure to the water posted at several public boat launches. In addition, use of the water for irrigation remains a concern, for the many farmers in the Wallkill Valley that irrigate with river water, for their customers, and for gardeners such as those that use the New Paltz Gardens for Nutrition, a community garden that irrigates with river water. Public concern on this issue is high, as evidenced by the turnout of 65 people for a public event that featured DEC, Department of Health and other speakers on the harmful algal bloom.

In 2012, Riverkeeper began a community science effort to monitor Enterococcus , a fecal indicating bacteria, in the Wallkill River. As a Class B waterbody, the Wallkill River’s highest and best use is defined as swimming and other contact recreation. As of 2015, 87% of samples from the Wallkill River and several tributaries (377) exceeded EPA’s Beach Action Value for Enterococcus. The geometric mean of all samples was 426 colony forming units per 100 milliliters. This impact has been documented in recent Priority Waterbodies List/Waterbody Inventory updates for the lower and middle segments of the Wallkill River.

In addition to nutrients, harmful algal blooms, and bacteria, other water quality concerns include organic contaminants and heavy metals. In 1997, a DEC CARP study showed the Wallkill to have ten times the concentrations of DDT and dieldrin of all Hudson River tributaries examined. The banned pesticides were found in the top layers of sediment along the entire length of the river. Arsenic contamination has also been documented in the New Jersey portion of the Wallkill River watershed, with approximately 20 river miles impaired. New Jersey is implementing a Total Maximum Daily Load (TMDL) to address this issue. 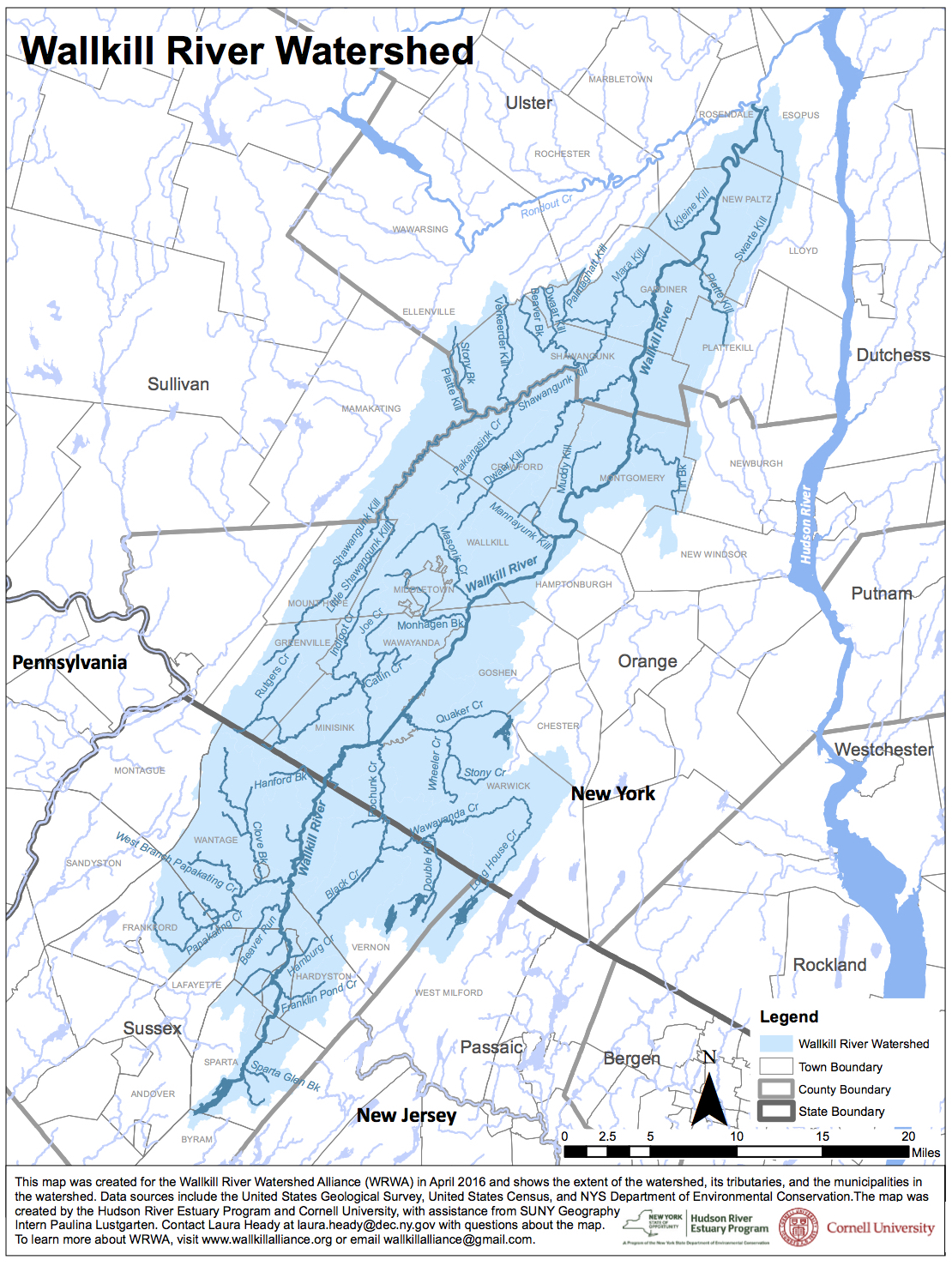